Esteemed storytellers Mary Carter Smith of Baltimore, MD and Linda Goss of Philadelphia, PA are the founders of the National Association of Black Storytellers, Inc. They conceived the idea in 1982 to give more opportunities for African American storytellers to be heard and for more of the rich heritage of the African Oral Tradition to be shared and preserved.

In November 1984, the second Festival of Black Storytelling was held in Philadelphia. It was at this time that these two visionary storytellers saw and felt participants' desire and need to share, celebrate and preserve the African and African American Oral Tradition as a formal entity. Thus began the Association of Black Storytellers. 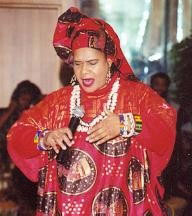