So-called “Black lingo” is everywhere. You see it used in advertising to sell products and services. You hear politicians using it to “connect.” You read it on social media timelines everywhere, so much so that according to an October 2016 Nielsen report, 11.5 million Black millennials are “leading a viral vanguard that is driving African-Americans’ innovative use of mobile technology and closing the digital divide.” And for this reason, Chicago entrepreneur Dianna Ada Harris says not only is Black lingo popular, it’s valuable and bankable. And she’s making money off of it.

Harris launched  BLK PROVERBS in 2014 and makes money by putting African-American colloquialisms and vernacular on clothing. The company sells hoodies, shirts, pillows, and mugs with phrases like “Bruh,” and “Not Today Satan.” According to Northwestern University news, “Harris started her apparel business after starting a blog that discussed the meanings and importance of preserving Black language.” 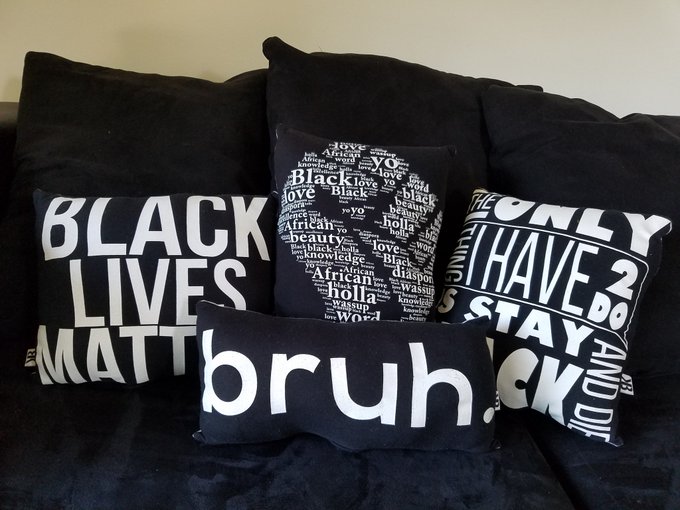 Get this Blk Proverbs pillow set for $60. Email business@blkproverbs.com for this set today and save $5

Grow your business by Listing it on MillionsTwoOne.com - List it Today!

Harris also offers “Black Lives Matter” apparel, but is conscious of the need to be respectful of “Black trauma and death.”

“I feel like a lot of people could trust that I wasn’t trying to exploit them,” said Harris. She donates a portion of the proceeds from her clothing sales to Black Lives Matter and food banks.